It has been awhile since I been to HIN.. Maybe 10 years? I saw that Van Kulture was going to be there and I had my gifts from Taguchi San for Paul and Dell. It was super hot and the parking lot had no shade.

The gates opened at 4pm and people started to line up.

I started to go around and check out all the cars. Some cars had tons of people around them, so I didn’t get clean shots (sorry). I tried to photo every car.

I was surprised to see a few not so typical cars, which I absolutely love! Anyways, shout out to everyone that showed.

Some Zs and Subarus near the front of the gate.

Lined along the outside on the right were these cars. Besides the Miata and red 86, I believe the rest belongs to 510 Cruisers

I love this Bug

Nice to see this year civic.

I then veered left to check out a Rotary truck and a couple of Miatas.

I believe this is part of the group?

UA Squad – They came out and repped!

Wyld Kardz – absolutely a great mixture of cars that I enjoy because they are the cars of my era! Galant !!!!! 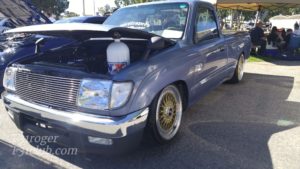 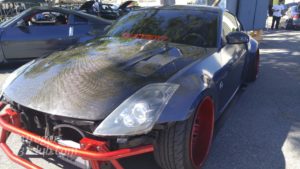 Animal Style!!! Had their 240s… but I was in love with the Laurel!!! I actually went back and took more pictures. I’m more of an A31 Cefiro guy, but the Laurel is still dope!

Some outliers before I entered the Pavilion.

Inside the Pavilion: There were a ton of vendors inside for shirts, stickers and parts. Models were set up to sign photos too. PixCbooth offered free pictures!!!

Right outside was Van Kulture and Kids Zone. I’m so in love with Siennas. I took some extra shots of Paul’s Sienna!

A few Subies. I loved the Forester!! 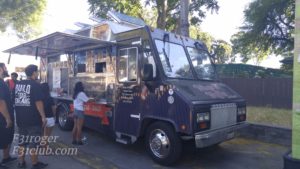 Rest of my pictures. A bunch of nice cars!