I have been planning to go to Japan this year (2016) and was going to wait until summer time. Then Kyouhyou posted this on facebook (I believe in May) and right then and there was the motivation to go to Japan!

Before I get into the details, I have to give you some background. When we were putting in the work for F31club, I was somewhat an ambassador. I communicated with many people on and off the forums. But I was also in contact with a few of the Japanese Leopard owners. While I did talk to Arai and Nori, the one person I talked to often was Simasima of L-Evolution/Locc – On.  In fact, in 2007, I was suppose to go to Japan and meet with Simasima and he would take me to the annual meeting.

That was the PLAN. It fell through because I moved to California and ended up starting over and couldn’t fund the trip.

After I saw the post, I booked my plane ticket (along with my wife) that night.

The week before I headed to Japan, I was in Hawaii for a cardiology conference and training, but I also met with F31club members I’ve known for 10+ years, but never met in person. (Hawaii meeting). So I was on an “F31 high” and was preexcited for Japan as our conversations were everything M30 and Leopards.

After arriving at Narita airport, we took the Express to Chiyoda, settling in Akihabara Friday night. I contacted Satoru. He was suppose to go to the meeting on Sunday, but he couldn’t make it do to work obligations. We were suppose to exchange gifts at the meeting. I asked him about Carshop Friend and he said he can take me in the morning. Satoru and the Kubos stopped by the next morning (Saturday) and we traveled  Carshop Friend.

I was trying to make it to Hamamatsu the day before for the welcoming party. It was held at the New Hana Hotel, this is where the Leopard committee booked people for the night. But I couldn’t make it there the night before (Oct 8th, but it worked out with the Carshop Friend visit).

Here is a picture of everyone having fun at the welcoming party.

We (my wife and I) woke up at 8am Sunday morning, packed our luggage and headed to the Kanda station near my friend’s apartment that we stayed in and went to Tokyo station. Once at Tokyo Station, we got on the Hikari Shinkansen to Hamamatsu.

It was almost 2 hours when we arrived to Hamamatsu Station. Our hotel was a block away and so we dropped our luggage there and called a taxi.

The taxi driver was slow and it felt like a good 45mins going to Hamanako Garden Park. When we arrived, he dropped us off near the front of the park. Two events were going on, a running marathon (where he dropped us off) and I also saw a huge Suzuki Cappuccino meeting (which I had to take some pictures too).

I didn’t realize how big the park was and I was searching to find where the meeting might be held. Satoru gave me a general idea of location.

On the bottom left side of the map with the parking and bathroom signs, that is were the taxi dropped us off. I went to near the top middle of the map where the flower figurine is located. The location of the meeting was on the top left of the map.

So I started to walk the back road towards the parking lot.

I was sweating from running and searching, but when I got to the Leopard meeting spot, it was a sight to see. Tons of Leopards!!!

I started walking around and a few people looked at me (in what felt like curiosity). I then saw a guy with a staff lanyard on. I put my stuff down (and my wife found a spot to sit) and I introduced myself. Suddenly the guys from Facebook came up to me and were greeting me. It was simply amazing.

(Here are the arrival and set up pictures by Kyouhyou and Hisanori. I wasn’t there yet and it was raining at first, but cleared up before I arrived.)

This was the Leopard committee set up.

Owners cleaning up and having fun.

Suddenly people started giving me gifts. I then out got my gifts and started to had them out. Simply amazing hospitality. Now, some of the people I knew from pictures of their cars, so I had to look and ask for the owners. Others, such as Kyouhyou and Mr. Haga, I recognized because I’ve seen their faces.

Mr Haga said to me:

The translation in my head was, “relax and enjoy”.

Let me say this. I consider myself a Leopard enthusiast and I’ve DREAMED about being at a LEOPARD meeting!!!

After the gift exchanges and introducing myself to some of the people, I started to take pictures (eventually taking over 600 photos). I took pictures of every F31 there. I was surprised to see so many M30s (8 total! The burgundy berry one was not in the photo). I snapped pictures of some of the rare parts and OEM Leopard items I’ve only seen in pictures.

8 M30s at Hamanako Garden Park, after the leopard meeting (1 not photoed).

When I got tired, I kept telling myself, “When are you ever going to see this many leopards again?”… this motivated me to go take more pictures.

Now, since I am an outsider, I didn’t want to ask people to open their hoods or see their interiors. Hirohisa offered me his interior, so I took pictures. He recently had some interior items painted. I then started to go around and take pictures.

I saw Mie and Yukio’s FAMOUS silver Zenki leopard with the RB25DE. I started to see some of the F31s that had OG club and team signs, like Fragile, Le Ciel Bleu, Specialty, L Selection, Club Leopards and others… I even saw a guy with a Club Treasure shirt on too. (Just a history lesson, these are Leopard owner’s clubs).

It was mind blowing and at the same time, it felt good. Everyone was very friendly to me.

Kazuho Tanaka came up to me and said, “You emailed me 10 yrs ago”… I couldn’t believe it. Here I was talking with someone I had contacted and checked his website 10 yrs ago. This was the time I was trying to reach out to leopard owners and connect them with F31club.

Mr. Haga and I

Kyouhyou and I. That is team Non sect!

My wife and I with Nobuyuki’s Zenki Leopard. (L Selection)

At the end, there was the closing ceremony. Something that I never realized about owner’s meetings. In Japan, meetings are very formal. Compared to the US, where we meet up for a few hours, talk and leave. Since this is a national meeting, many people drove from different regions and hours away. The closing ceremony was when they give out awards.I was shocked they called my name. It was a Welcome to Japan trophy! Hideya held the megaphone for me and I didn’t even know what to say so I said “Thank you and F31 is life”… mumbled a couple other things.

credit to Kyouhyou for these collage photos.

By the end of the day, our (my wife and I) phones were dead. I asked Kyouhyou and others if they can call taxi for me.

Kazuho and Tsutomu were happy to take us back to the hotel before they headed back to Kansai region.

I didn’t think that I would be able to say this, but… I was in Japan, at a leopard meeting, leaving the meeting in a Leopard, while watching Saraba Abunai Deka 2016 movie. (Saraba means Farewell). If you also don’t know, Abunai Deka is the 80’s detective show that features the Nissan Leopard. This is what made the F31 leopard famous.

I arrived late, but this was the group picture! Damn.. would have been epic (for me) if I was in it!!

Gifts by the end of the day.

While I was given tons of gifts (thank you my friends), the best gift was the group shot. Anyone can take pictures of nice cars, but knowing the people and spending time to get to know them was far more important to me. I’ve always enjoyed their pictures and cars, but it is always about meeting and making friends that I find enhances the experience and brings more depth to being an F31 enthusiast and owner. There was definitely a cultural and language barrier, but this is something I need to work on as I am the visitor. It was very cool for everyone to try and speak English and work so hard to understand me. All of these teams and many of the cars were iconic for F31club when we first started 2003.

In closing, this was something that I have been wanting to do since 2006. We (f31club forum members in 2004) always posted Leopard meeting photos and be amazed that so many F31s were in one location (it is hard to do with the M30s, I was only able to get 8). To finally meet the owners and to see their cars in person was awesome. Reconnecting with a couple people was even better. Many of them knew me from F31club. I knew them from their geocities webpages or club websites that used to be up. While social media has helped bridge cultures even closer, NOTHING can replace meeting people in person, face to face and interacting. It was more intimate. I was very honored and humbled by the experience. 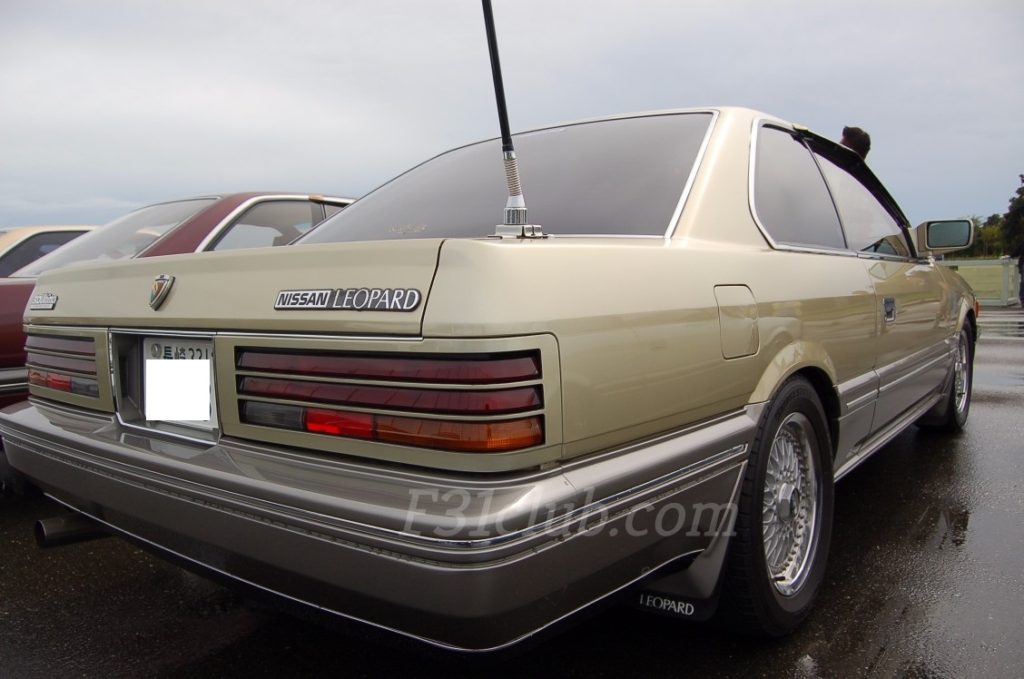 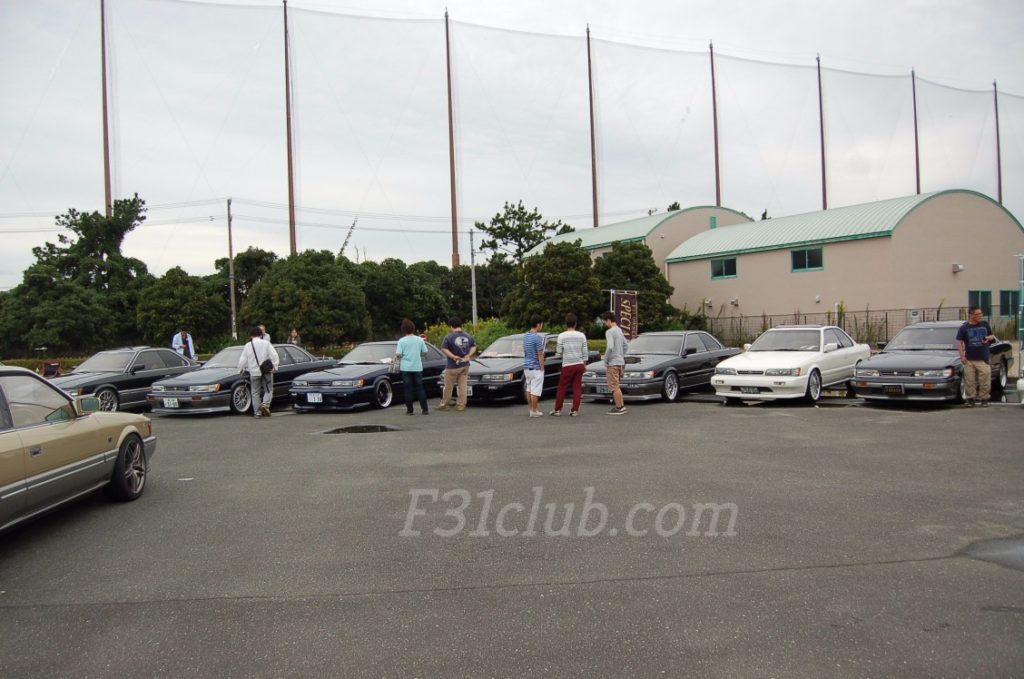 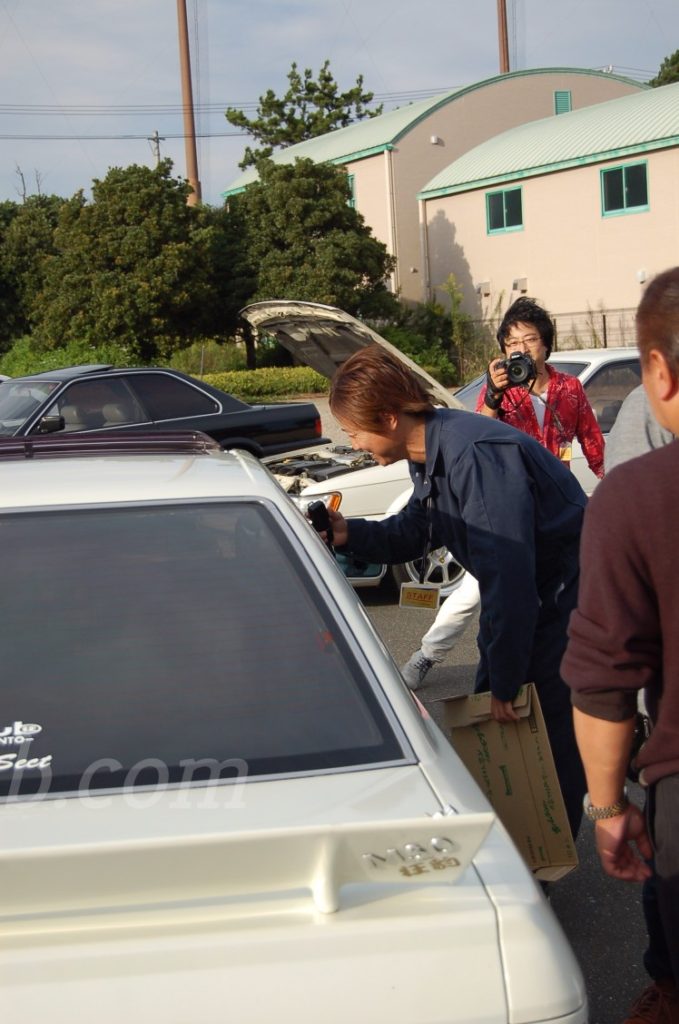